John Piper takes some time off from ministry

As I ponder some time off this summer, I was somewhat surprised to find out that Rev. John Piper has taken very little time out over his years of pastoral ministry. But that comes to an end in April.

I have always respected hard working individuals and particularly those who faithfully minister in churches for years with out a break. But at the same time, I think we need to take breaks, rest, and evaluate our effectiveness, and ability to fulfill our call. And that is not taking into consideration time with family.

Glad to hear he is taking some rest, I hope it is time well spent.
Posted by Jason Wakefield at 8:00 AM 1 comment:

Please plan to join us this coming Lord's Say.
Posted by Jason Wakefield at 7:13 AM No comments:

Come join us this Sunday.
Posted by Jason Wakefield at 8:14 PM 1 comment: 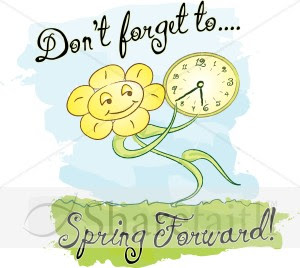 Just a friendly reminder, set your clocks ahead one hour. Don't want to see folks late for church!
Posted by Jason Wakefield at 7:17 AM No comments:

Gen. 21:1 The LORD visited Sarah as he had said, and the LORD did to Sarah as he had promised.
Gen. 21:2 And Sarah conceived and bore Abraham a son in his old age at the time of which God had spoken to him.
Gen. 21:3 Abraham called the name of his son who was born to him, whom Sarah bore him, Isaac.*
Gen. 21:4 And Abraham circumcised his son Isaac when he was eight days old, as God had commanded him.
Gen. 21:5 Abraham was a hundred years old when his son Isaac was born to him.
Gen. 21:6 And Sarah said, “God has made laughter for me; everyone who hears will laugh over me.”
Gen. 21:7 And she said, “Who would have said to Abraham that Sarah would nurse children? Yet I have borne him a son in his old age.”
Gen. 21:8 And the child grew and was weaned. And Abraham made a great feast on the day that Isaac was weaned.
Gen. 21:9 But Sarah saw the son of Hagar the Egyptian, whom she had borne to Abraham, laughing.*
Gen. 21:10 So she said to Abraham, “Cast out this slave woman with her son, for the son of this slave woman shall not be heir with my son Isaac.”
Gen. 21:11 And the thing was very displeasing to Abraham on account of his son.
Gen. 21:12 But God said to Abraham, “Be not displeased because of the boy and because of your slave woman. Whatever Sarah says to you, do as she tells you, for through Isaac shall your offspring be named.
Gen. 21:13 And I will make a nation of the son of the slave woman also, because he is your offspring.”
Gen. 21:14 So Abraham rose early in the morning and took bread and a skin of water and gave it to Hagar, putting it on her shoulder, along with the child, and sent her away. And she departed and wandered in the wilderness of Beersheba.
Gen. 22:1 After these things God tested Abraham and said to him, “Abraham!” And he said, “Here am I.”
Gen. 22:2 He said, “Take your son, your only son Isaac, whom you love, and go to the land of Moriah, and offer him there as a burnt offering on one of the mountains of which I shall tell you.”
Gen. 22:3 So Abraham rose early in the morning, saddled his donkey, and took two of his young men with him, and his son Isaac. And he cut the wood for the burnt offering and arose and went to the place of which God had told him.
Gen. 22:4 On the third day Abraham lifted up his eyes and saw the place from afar.
Gen. 22:5 Then Abraham said to his young men, “Stay here with the donkey; I and the boy* will go over there and worship and come again to you.”
Gen. 22:6 And Abraham took the wood of the burnt offering and laid it on Isaac his son. And he took in his hand the fire and the knife. So they went both of them together.
Gen. 22:7 And Isaac said to his father Abraham, “My father!” And he said, “Here am I, my son.” He said, “Behold, the fire and the wood, but where is the lamb for a burnt offering?”
Gen. 22:8 Abraham said, “God will provide for himself the lamb for a burnt offering, my son.” So they went both of them together.
Gen. 22:9 When they came to the place of which God had told him, Abraham built the altar there and laid the wood in order and bound Isaac his son and laid him on the altar, on top of the wood.
Gen. 22:10 Then Abraham reached out his hand and took the knife to slaughter his son.
Gen. 22:11 But the angel of the LORD called to him from heaven and said, “Abraham, Abraham!” And he said, “Here am I.”
Gen. 22:12 He said, “Do not lay your hand on the boy or do anything to him, for now I know that you fear God, seeing you have not withheld your son, your only son, from me.”
Gen. 22:13 And Abraham lifted up his eyes and looked, and behold, behind him was a ram, caught in a thicket by his horns. And Abraham went and took the ram and offered it up as a burnt offering instead of his son.
Gen. 22:14 So Abraham called the name of that place, “The LORD will provide”;* as it is said to this day, “On the mount of the LORD it shall be provided.”*
Gen. 22:15 And the angel of the LORD called to Abraham a second time from heaven
Gen. 22:16 and said, “By myself I have sworn, declares the LORD, because you have done this and have not withheld your son, your only son,
Gen. 22:17 I will surely bless you, and I will surely multiply your offspring as the stars of heaven and as the sand that is on the seashore. And your offspring shall possess the gate of his* enemies,
Gen. 22:18 and win your offspring shall all the nations of the earth be blessed, because you have obeyed my voice.”
Gen. 22:19 So Abraham returned to his young men, and they arose and went together to Beersheba. And Abraham lived at Beersheba.
Posted by Jason Wakefield at 6:34 PM No comments:

I have been a fan of Band of Brothers, the story about the men of Easy Company in Europe during World War 2. If you have not watched the Mini Series, I would urge you to do so. I will warn you, it is very violent, not suitable for children.

Hollywood likes World War 2, but for reasons I have not understood, many of the films produced in the last decade or so have focused on the European Theater of Operations. The Pacific Theater of Operations was much bigger and was way more costly. And often we only think of Pearl Harbor and Iwo Jima when it comes to the War in the Pacific. That's about it.

Finally, HBO is doing a mini series on the War in the Pacific. It follows 3 Marines and looks very promising. It is produced by Tom Hanks and Steven Spielberg, the same men who did Band of Brothers. It is called => The Pacific

I don't have HBO, but I will look forward to seeing this when it comes out in DVD.
Posted by Jason Wakefield at 8:58 PM No comments:

Gen. 20:1 From there Abraham journeyed toward the territory of the Negeb and lived between Kadesh and Shur; and he sojourned in Gerar.
Gen. 20:2 And Abraham said of Sarah his wife, “She is my sister.” And Abimelech king of Gerar sent and took Sarah.
Gen. 20:3 But God came to Abimelech uin a dream by night and said to him, “Behold, you are a dead man because of the woman whom you have taken, for she is a man’s wife.”
Gen. 20:4 Now Abimelech had not approached her. So he said, “Lord, will you kill an innocent people?
Gen. 20:5 Did he not himself say to me, ‘She is my sister’? And she herself said, ‘He is my brother.’ In the integrity of my heart and the innocence of my hands I have done this.”
Gen. 20:6 Then God said to him in the dream, “Yes, I know that you have done this in the integrity of your heart, and it was I who kept you from sinning against me. Therefore I did not let you touch her.
Gen. 20:7 Now then, return the man’s wife, for he is a prophet, so that he will pray for you, and you shall live. But if you do not return her, know that you shall surely die, you, and all who are yours.”
Gen. 20:8 So Abimelech rose early in the morning and called all his servants and told them all these things. And the men were very much afraid.
Gen. 20:9 Then Abimelech called Abraham and said to him, “What have you done to us? And how have I sinned against you, that you have brought on me and my kingdom a great sin? You have done to me things that ought not to be done.”
Gen. 20:10 And Abimelech said to Abraham, “What did you see, that you did this thing?”
Gen. 20:11 Abraham said, “I did it because I thought, There is no fear of God at all in this place, and they will kill me because of my wife.
Gen. 20:12 Besides, she is indeed my sister, the daughter of my father though not the daughter of my mother, and she became my wife.
Gen. 20:13 And when God caused me to wander from my father’s house, I said to her, ‘This is the kindness you must do me: at every place to which we come, say of me, He is my brother.’ ”
Gen. 20:14 Then Abimelech took sheep and oxen, and male servants and female servants, and gave them to Abraham, and returned Sarah his wife to him.
Gen. 20:15 And Abimelech said, “Behold, my land is before you; dwell where it pleases you.”
Gen. 20:16 To Sarah he said, “Behold, I have given your brother a thousand pieces of silver. It is a sign of your innocence in the eyes of all* who are with you, and before everyone you are vindicated.”
Gen. 20:17 Then Abraham prayed to God, and God healed Abimelech, and also healed his wife and female slaves so that they bore children.
Gen. 20:18 For the LORD had closed all the wombs of the house of Abimelech because of Sarah, Abraham’s wife.
Posted by Jason Wakefield at 2:04 PM No comments:

Jason Wakefield
A minister for a PCA Church in New Hampshire